Which Music Streaming Service is Right For You? 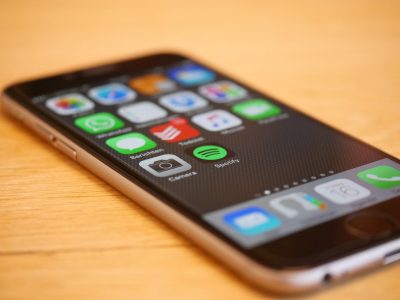 With so many different music streaming services out there, finding the right one to match your tastes can certainly seem like a challenge on the best of days. However, when you begin to break down options like Spotify, Apple Music and others into a comparison of what you’re getting versus what you’re actually paying for, you’ll have a much easier time finding the option that best suits your own unique needs and tastes.

What was arguably the first major streaming service is still the champion in the eyes of many people. Spotify sports a library of over 30 million songs, all of which stream at 320 kbps in the high quality Ogg Vorbis format. Out of all the entries on this list, Spotify absolutely has the most impressive free version – you essentially get the same service, including curated playlists that are built around your tastes, albeit in an ad-supported format. Those who wish to upgrade to the paid version will pay just $9.99 per month for one person or $14.99 per month for up to six people.

Really, the only major limitations of Spotify come by way of that free tier that so many people use. Advertisements are frequent (which can make it more like listening to the radio than you’d like), and with a free account you can only shuffle songs if you’re using the Spotify mobile app.

Unlike Spotify, which is available on both the desktop platform as well as on every major mobile device you can think of, Apple Music is limited only to Apple devices. However, if you have even one of these in your home, this won’t necessarily be a major sticking point

Apple Music’s library consists of more than 40 million songs, all streaming at 256 kbps in the AAC format. The pricing is also virtually identical to Spotify in that you’ll pay $9.99 per month for one person or $14.99 per month for up to six. While Apple Music does have an Android app, it isn’t compatible with all Android devices – meaning that if you’re NOT already in the Apple camp, this isn’t going to do anything to persuade you.

Tidal actually comes in two different variations – Tidal Premium, which streams its 25 million song library at 320 kbps in the AAC format or Tidal HiFi, which streams at an amazing 1,411.2 kbps. Tidal is certainly an impressive service, but its one major sticking point is: price. Tidal Premium costs $10 per month for one person, and $5 per month for every additional user. Music aficionados who want to upgrade to Tidal HiFi will shell out $20 for one person or $10 per extra person for the benefit of doing so.

Tidal is also notable for being a “mobile only” streaming service – but if you’re the type of person who places a high priority on taking 25 million songs with you wherever you go, this isn’t necessarily a bad thing. Tidal is available for both the iOS and Android operating systems.

Amazon’s entry into the streaming service arena is impressive for also being the cheapest – so long as you’re an Amazon Prime member. Prime members pay just $7.99 for a library of 10 million songs streamed at 256 kbps in the VBR format, while non-Prime members will be asked to pay the industry standard $9.99 price point.

As stated, the only real downside of Amazon’s service is its library size – it seems to fall far short of most of its competitors. However, depending on your taste and whether or not you NEED to listen to the hottest new tracks every week, this may be something you’re willing to give up in exchange for the long-term savings you’ll also enjoy. Amazon’s service is also unique in that it can be controlled via your voice if you have Amazon hardware in your home like an Echo. Amazon’s service works on all Android and iOS devices, as well as on Amazon Alexa devices, computers and the Amazon Fire TV.

At the end of the day, it’s important to understand that there really is no “one size fits all” approach to finding the right streaming service – the services themselves are often as varied in terms of what they offer as musical tastes can be in the first place. If you’re already firmly entrenched in the Apple ecosystem, an option like Apple Music is likely the one for you. If you’re not, you may find something like Spotify or even Tidal more to your liking as they tend to give you better performance. This process is less about finding “the best” service and more about finding the best service for you personally based on the features and benefits that you receive in terms of the cost you’re willing to pay. If you go through your search with that mentality, you really can’t make an incorrect choice.