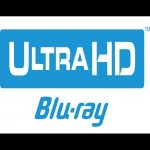 Licensing of Ultra HD Blu-ray players will begin in July, and “based on timing of past products, I think you can expect to see products reach the market pretty quickly, particularly given that the holiday buying season will be right around the corner,” a spokesperson told TWICE.

During the International Consumer Electronics Show, Panasonic displayed a UHD Blu-ray player and said it expected to ship the product by the end of the year.  Besides increasing Blu-ray disc resolution to 3840×2160 pixels, the Ultra HD Blu-ray specification also delivers a “significantly expanded color range,” high dynamic range (HDR) video, and high-frame-rate content, the association said.  Object-based sound formats are also supported.  An optional “digital bridge” feature will enable consumers to view the content of purchased discs across a range of in-home and mobile devices. The specification also requires Ultra HD Blu-ray players to play back current FullHD Blu-ray Discs. The BDA said it is working with companies in the authoring, testing, certification and replication industries to develop ways to ensure interoperability between players and software and help launch the format with a selection of hardware and titles.  During CES, Victor Matsuda, chairman of the association’s promotions committee, said the association expects “products to follow pretty quickly after licensing begins.”