The question of the day:  “I’m looking for a “native” 4K projector, at a reasonable price…  what do you have?” 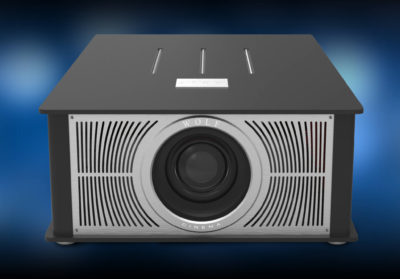 Wolf Cinema’s question of the day:  “I’m looking for a “native” 4K projector, at a reasonable price…  what do you have?”

We hear this question a lot, perhaps you as well.  How might you best answer this question, since the term “native” may not as relevant when discussing UHD/4K projector imaging alternatives?  Perhaps a quick review of the available consumer technologies might help…

To begin with, none of our popularly priced D-ILA home theater projectors – nor any of the latest consumer DLP® units on the market – use “native” 4K imaging panels.  They both utilize advanced temporal remapping technologies to build and project the 4K image.  And while there are differences in the way these systems build an image – and especially how they execute black details and color – at the end of the day they both present some amazingly life-like UHD/4K pictures.

The latest editions of our TXF-900/1400/TXF-2000 incorporate the 5th major implementation of what is known in the industry as “e-shift” – the advanced temporal remapping technology originally developed by NHK and the Victor Company of Japan (JVC).  This tech takes advantage of the lack of persistence in the human visual system:  hundreds of times a second, the incoming content is mapped by a fourth imaging sensor and then presented to the three-chip D-ILA panels.  In this instance each video field is treated independently and rendered with high precision by the imaging sensor and panels, along with custom software that drives the entire process.  The D-ILA panels themselves are not “native” @ 3840 x 2160, but they don’t need to be…  there is ample system resolution to receive, process and accurately present everything from SD content (i.e. 480p), to HD 1080p, to UHD/4K content up to 4096 x 2160 resolution, the latter with HDR 10 imaging capabilities, up to UHD/4K 60Hz 4:4:4 color subsampling and at 18Gbps throughput.  These remarkable imaging systems provide unmatched color accuracy, ultra-deep black levels, lack of artifacts, use new long-life lamp technologies – and consistently deliver upon the imaging excellence that folks everywhere have come to expect from Wolf Cinema.

The latest 0.67” DLP UHD/4K consumer imaging chip set – as used in our TXF-700, TXF-2500, PRO-617 and any number of competitive 4K DLP platforms – is not “native” either:  it incorporates appx. ½ the required 8.3M micro mirrors that would typically be necessary to produce a 4K image (the mirror arrangement is 2716 x 1528).  Each DLP micro mirror switches back and forth rapidly, “drawing” one on-screen pixel image and then an adjacent one.  In some ways this is not dissimilar to the way the on-screen image is built by the aforementioned D-ILA light engines.  I have personally experienced excellent imaging performance from the various UHD/4K engine technologies, as they can all cast some great pictures from the latest broadcast shows, streamed content or film-based sources.  But there are indeed a few significant differences here:  some are the result of a color wheel, used in the single-chip DLP editions to render color – plus black level renditions & shadow details that are often not as finely resolved in the new 4K DLP engines, as compared with the D-ILA cores (… but the DLP units are still very, very good in this department… ).  The one area that our latest DLP UHD/4K engines really shine is when viewing static images – such as from Excel spreadsheets, PowerPoint slide shows and the like.  Here, the single-chip DLP solutions provide for amazing detail and image clarity, often better than any other competing UHD/4K solution.

Many of our dealers will no doubt attest to the imaging prowess of Wolf Cinema’s three-chip D-ILA series, even compared with Sony’s “native panel” imagers.  [Sony is the only company in the consumer market selling projectors with their own native 4K LCoS chip set;  there are no native 4K LCD solutions as yet on the market].  And yes, the Sony units can look good when properly calibrated and from really well-mastered content.  Some of you have experienced direct comparisons to our main competitor here and yet continue to promote and sell Wolf Cinema’s imaging advantages… we thank you!  But by now you’ve learned something about the essential point here:  “native” in front projection imaging isn’t as relative (or as required) as with other display solutions, such as flat panels, which MUST incorporate 8.3M native pixels to be called “4K.”  I believe we’re hooked on the word “native” for convenience sake, and have neglected some of the other critical elements that make up a truly great video performance.

As taught in the ISF trainings, resolution is one of the least critical elements of the composite video image.  Dynamic range, color accuracy and color intensity are much more important from our viewing perspective;  these are the elements that Wolf Cinema excels in.  Case in point:  black levels are really important for creating that “dimensional” and life-like image.  Some companies have to use a fairly aggressive mechanical iris to assist with black level reproduction (… as their imaging panels do not have the inherent ultra-deep black level capabilities as ours… ).  At times you can see the iris in action!  Watch such a projector present a very bright outdoor scene, then switch to a dark indoor scene with lots of shadow details…  you will “see” the iris opening up and the black image details becoming clearer over time – verses rapidly, as should be rendered.  This is a major artifact and one not present in our TXF series – especially in the D-ILA editions, as our CR performance there far exceeds anything else on the market (in their respective price/performance class).

Bottom line – we strive to make all our UHD/4K projectors perform better, present a more lifelike image, with much deeper and more accurate black levels, via extended lamp and laser-based illumination technologies with excellent color accuracy throughout, and much more.  Try not to worry about the term “native” as UHD/4K imaging excellence is clearly evident in all our D-ILA and DLP-based video projectors.