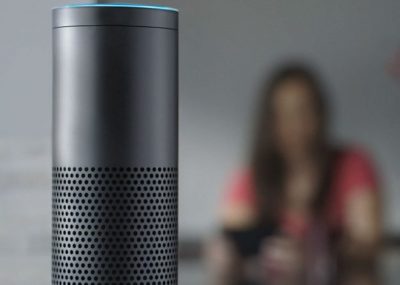 Streaming to account for 90% of consumer music spend by 2023 but which subscription service will top the charts?

By 2023, the number of streaming subscriptions will exceed 425 million globally and represent over 90 percent of total consumer spend on recorded music, according to the latest Streaming Music Outlook & Service report from FutureSource Consulting.

2018 and the first half of 2019 have been marked by the continuous growth of global music streaming subscriptions, and this momentum is expected to continue in the short to medium term, says the market analyst.

But competition between services is intensifying. Spotify remains the leading player in the music market, but a number of Apple Music subscribers has overtaken Spotify’s total in the US, and Amazon Music (including Amazon Music Unlimited and Prime Music) was one of the fastest-growing streaming services in the first half of 2019. Meanwhile, Google has significantly invested in its YouTube Music service.

In the four markets where Apple Music is estimated to have over 3 million subscribers (US, UK, Canada and Japan), Apple’s iPhone has a share of at least 30 percent of the smartphone market. This indicates that Apple has been able to leverage its smartphone user base, as Apple Music is the default streaming app on every new iPhone.

Amazon’s music subscription growth has also benefited from the growth of Echo speakers. At the close of 2018, Amazon had an estimated installed base of over 50 million Echo smart speakers, with the uptake of both speakers and subscriptions dominated by its core English speaking markets of the USA and UK.

Amazon Echo owners are three times more likely to subscribe to Amazon Music Unlimited than other respondents, according to Futuresource’s recent Audio Tech Lifestyles consumer survey. Amazon is able to upsell users to its premium Amazon Music Unlimited service directly through the device. The survey also suggests that older demographics tend to own a smart speaker before a streaming subscription, indicating smart speakers are driving streaming subscriptions.

Rival Google has been using Google Home devices and Pixel phones to drive take-up of YouTube Music.  The experts at FutureSource suggest Spotify will need to forge new hardware partnerships to compete with Amazon and Google. The next phase of growth lies in converting radio listeners to streaming services, suggests Futuresource.

In related news, incoming goliath Disney Plus has announced launch plans, but the UK isn’t included. The Netflix rival will start on November 12 with a service in the US, Canada and Netherlands. On November 19, it will add Australia and New Zealand.

Disney suggests it could take several years to land in all markets. If there is a significant delay in key digital territories, it could drive a surge in piracy as the Mouse House debuts a raft of hot shows from its Star Wars and Marvel franchises.