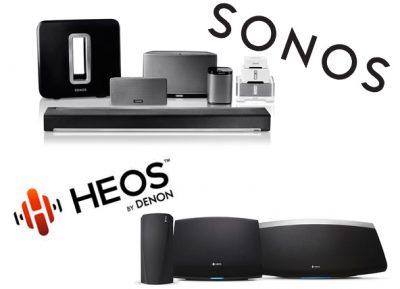 Case May Have Major Impact on Wireless Speaker Business

A federal jury gave Sonos a sweeping victory in the first “bellwether trial” in Sonos Inc. v. D&M Holdings Inc. et al, siding with Sonos on all counts and awarding them nearly $2 million in damages. Furthermore, the jury affirmed the validity of the three Sonos patents at issue, and disagreed with D&M’s assertion that the patents were not valid.

Neither appears ready to back down, even as this is just the first of what will ultimately be three trials in the case – two where Sonos is the plaintiff, and a countersuit by D&M Holdings where they will be the plaintiff. Sonos won round one, but this will be a multi-round fight.

This case, originally filed in 2014, alleges that when the D&M Holdings brand Denon developed their HEOS line, the company simply copied Sonos, thereby infringing on their patents. It has been a pretty vigorous three-year battle, finally coming to a head with this trial.

The story has generated a blizzard of paper as each side revised, and added to their claims. As the judge sought to force the parties to reduce their claims in order to make the case more manageable – we finally ended up with eight Sonos patents in dispute, and via a counterclaim, seven Denon patents in dispute.  More news on this story to follow.