D2MK Solutions team is saddened to announce the passing of Ian Haave, formerly the Western Canada sales manager for Evolution Home Corp. Ian passed away, surrounded by his family, at the age of 54 following a long battle with brain cancer.

Ian spent several decades in the consumer tech business, working with companies like Sound Advice Electronic Interiors and La Scala in Vancouver before taking on the position at Evolution Home Corp. in 2016.

He was also a loving father who coached soccer for all three of his children and showed great enthusiasm for wine, music, golf, and hockey.

“I first met Ian in 2008 at CEDIA,” says Brad Middleton, National Sales Manager at Evolution. “It was amazing how we instantly hit it off. We developed a strong business relationship but, more importantly, we became quick friends. 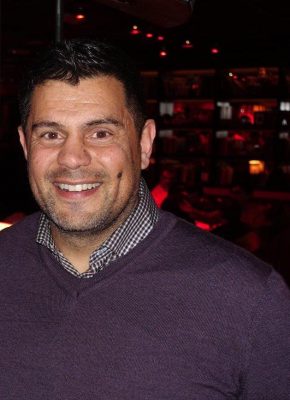 “We shared a common interest in our industry,” he continues, “but we also shared many common passions in life – golf, music, wine, et cetera. We were both fans of Rush. Although anyone that knows Ian knows there isn’t any bigger fan of Rush. He would often quiz me on trivia regarding Rush and I had no way to compete. I visited with Ian at the end of August where he showed me his pictures with Getty Lee at a book signing just a few months before. He was the ultimate fan. His passion for Rush was a reflection of how Ian approached everything in life: with dedication, compassion, and integrity.

“On behalf of everyone at Evolution,” Middleton concludes, “Ian will be missed dearly. He will be forever in our hearts and our minds as the friend he was. Our sincerest condolences to Ian’s family. May the memory live in your hearts forever of his true love.”

Ian leaves behind his wife Marie and three children, Nikolas, Noah, and Amy, along with a big group of friends and extended family.

A Celebration of life will take place on Thursday, Nov 28 at 1 p.m. at Trinity Lutheran Church in Delta, BC. A Go Fund Me page has also been set up to help Ian’s wife and three children in response to what the organizers say was in response to an overwhelming desire from the community to support the family.